“Life seems but a quick successions of busy nothings.”

Mansfield Park is a fiction novel. It is the 3rd book of Jane Austen and was first published in 1814. It tells about the life of Fanny Price, from her young age when she was sent to her wealthy aunt and uncle and the story continues up to her grown up life.

Austen also put on the scene and some discussions about slavery, ordination, religion and the theatre acting.

I have just recently finished reading Mansfield Park in my iBook. At first, I am not so keen to read this Jane Austen novel not like her other popular novel PP (which I would like to reread soon). But then when I watched the films several times based on this novel (with the two different versions), I became interested and curious about the book since the two movies have different plots.

I know that most of the movies differs a lot from the book they based on. Indeed, this is too! I do not agree much of the twists (in some scenes) they did in those two films, it was very much different from the novel. But I like the movies, especially the 2007 film.

In Jane Austen’s book on the other hand, I’ve got no anticipation while reading at the end of the chapter – it’s all narration. I wish there were more acts and conversations of both Edmund and Fanny that made them love each other. Especially, to Edmund who later realized his heart to Fanny. She deserves way more or better than what Edmund did in the book. 🤓 In the movie, I like a bit the 2007 film twist of its ending. 😊

I like Jane Austen’s style of writing. The way she chose words were excellent. The kind of manners of her characters were acceptable and of course the very colorful personality for almost of her heroine. Her habitual discussions about every man’s fortune and inheritance or even gives details and information of their income, or the irony for young girls to think of having marriage in order to secure and to get wealth and fortune, were extremely laughable – indeed!

I had watched Pride and Prejudice in 2009 but I started to know her maybe about the year of 2015 when I’ve watched most of the movies based on her novels. Yes, I first saw the films before I read her books.

Frances Price is the heroine of Mansfield Park. I admire and I love her silent nature!

Truly I can say, one of my top 3 favorites of Jane Austen’s book is Mansfield Park because of Fanny Price. I like Fanny’s character maybe way more. Though she didn’t express much of charm and wit like Elizabeth, or much confidence and fierceness like Emma, but her calmness and reserve nature makes her to be admired for.

Or it is maybe I like her because I can relate a lot to her personality. 🤓

I was quiet, but I was not blind.”

She is the introverted one and reserve. She is loyal, quiet, doesn’t want to fit in, strong in principles, sometimes misunderstood, doesn’t like to be dictated, as well as she doesn’t care about society’s opinion and she is morally good.

“Her own thoughts and reflections were habitually her best companions.”

In most of Jane Austen’s main characters I’ve seen, I found her quite the most unique and for me it is very lovely.

“Let us have the luxury of silence.”

I always admire writers! I admire their imagination! My appreciation all the way to all of them especially to the classics and the fantasies. But most of the time I am very much choosy of the books I like to have or read, even to movies too.

Long time ago, I realized that how we lived life were also based on the thoughts we feed our minds too. This includes what we read and watch! That time, I started to read self-help/motivational books, listen to audiobooks, watch documentaries or to selected movies and it goes on and on.

I always wanted then to have light, bright and positive thoughts to think or watch – even up to this date. Well, there are few exceptions of course like the history books or movies or those that interests me. But most of the time I avoid novels with crime scenes, harsh words, horror and hard drama. The same too in movies or TV shows.

But in Jane Austen, in her words – she will make you smile. 😊

“We have all a better guide in ourselves, if we would attend to it, than any other persons can be.”

I like "to inspire" as well as "to be inspired". I love to express in writing my gratitude about how wonderful the world is! It’s a great life! It’s a great world! :) View all posts by MisaeMich 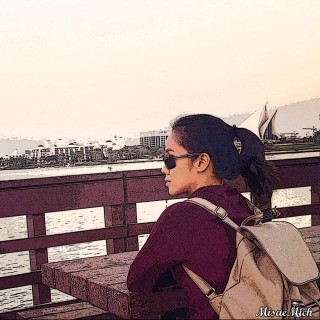 I like "to inspire" as well as "to be inspired". I love to express in writing my gratitude about how wonderful the world is! It’s a great life! It’s a great world! :)

MisaeMich is on TraVolMisch FB

MisaeMich is on TraVolMisch FB